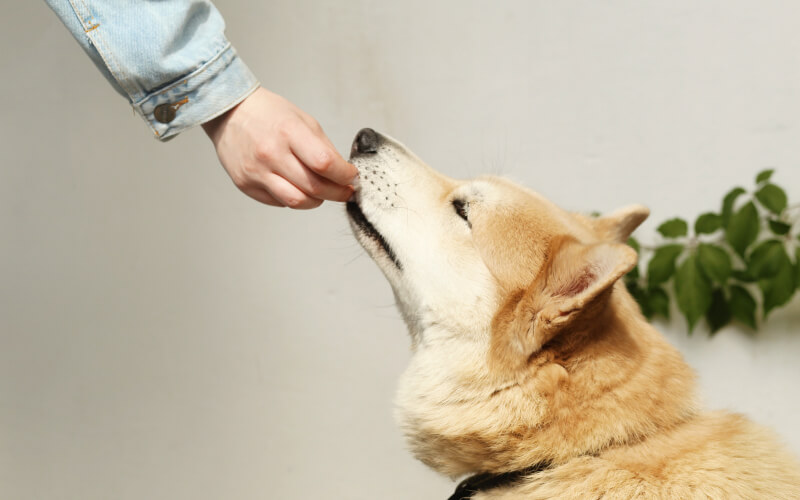 Encouragement plays an important role in the relationship with our four-legged friends. Because a dog likes to do again what he thinks gives him something useful to do. Such usefulness is encouragement for previously demonstrated behavior. On the one hand, it easily allows the dog to learn something. On the other hand, it is just as often that you unknowingly reward your dog for something you don’t need.

What is encouragement for a dog?

There are many different kinds of incentives. In addition, it is also individual.

Treats: Most people think of this first, and rightly so. A tasty treat can easily be used as encouragement at the right moment.  If, for example, you are training the dog’s return command to his master, the dog immediately gets a treat beside you when he comes running to you.

Attention: Showing attention with petting or a friendly voice is also a form of encouragement. Both of the latter methods can be combined with a treat.

The unpleasant feeling stops: You are walking with your dog, but he doesn’t pay attention to you and runs too far ahead. So you hide. When the pet notices this, his nerves begin to “fray.” He feels bad enough. Once the dog finds you, that feeling disappears and he is happy. This is her encouragement. This is how she learns to be closer to you on her walks.

What the dog wants in the moment: You go for a walk, your four-legged friend is on a leash. His buddy is running in the distance, the dog would like to go there. But he should not rush forward when he is let off the leash, he should wait for your permission. You give the dog the command to sit next to you and let him off the leash. She looks at you. Only now does she get permission as a reward for quietly waiting and making eye contact.

When is something a reward for a dog?

On the one hand, what you use as encouragement should be important to your dog. But if your dog “thinks” of it as, “That’s very nice, but I don’t really need it,” then the encouragement won’t work. Also, it shouldn’t be available all the time. If a pet gets a treat for no reason, his reward toy is freely available in the house, or if he is overprotected, cuddled, and “bored with talking,” he will lack the motivation to do something for it. If he gets encouragement for every little exercise he can do, the encouragement will also lose its value.

Bait: Assume that the still “clueless” puppy has to learn the command “Sit. Hold a treat briefly over his head to get him to sit – first you lure him into the right position. When he sits, a treat is given to him.

Reward: The dog has learned to sit. You say, “Sit.” He does it. Only now you need to take the treat out of his pocket.

Bribe: Your four-legged friend has learned to sit, but does not do it on your command “Sit”, but waits. You show him the treat, then he sits. Obviously, in this case, your dog has “trained” you.

This is happening faster than it looks! A typical scenario is when the dog pulls the leash. The dog pulls toward the tag, the biped gives up and goes with it. Thus, the opportunity to go to the tag would be encouragement for the dog pulling the leash. Or you are sitting during a meal, your pet is bored. He begins to bark impatiently, turning to you. You look at him and soothe him with petting or your voice. And you are already encouraging him for his barking. Often a glance as encouragement is enough. Or even an annoyed “no.” In all cases he has achieved his goal of your attention